Influential leaders within the education and business communities.

Our advisors help steer the strategic vision of MathSP and support our growth. Their knowledge and insights are invaluable and we thank them for their service to MathSP. Learn more about our dynamic board. 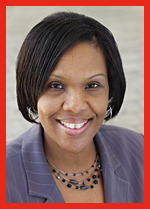 She began her career at Emory University in the Rollins School of Public Health as Director of Student Services in 1991. In 1995, she joined Goizueta Business School and has served in various roles in the MBA Admissions Office. In her last role in Admissions, she served as Associate Director of MBA Admissions and Manager for Diversity Recruitment. During her tenure at Goizueta, she developed partnerships and collaborated with students, faculty, professional organizations, companies, and other universities to ensure that Goizueta’s MBA program has a diverse student body. In addition, she led the development of the Inside Goizueta Diversity Conference in 1997 and continues to serve as an advisor for this event.

She was also a key figure in Goizueta’s selection to the Consortium for Graduate Study in Management, where she served as a Board Member for two years and continues to serve as an Alternate Board Member.

In her current role, Alicia has developed diversity initiatives to promote a culture of respect and inclusion. These initiatives include an annual diversity dialogue series and various diversity learning programs. She has also been instrumental in increasing Goizueta’s educational outreach in the community to include programs such as Junior Achievement College Pipeline Programs and the Accounting Career Program (ACAP) run through the National Association of Black Accountants.

She currently is a member of Emory University’s Diversity Officers Council, the Atlanta Diversity Manager’s Group (ADMAG), Emory’s Latino Task Force, and the Martin Luther King Celebration Planning Committee. Alicia has been honored with Goizueta’s Staff Class Act Award and was most recently honored as one of Emory’s 100 Community Builders.

Outside of Emory, Alicia is an active member of the Career Ministry at St. Philip AME Church and is the Chair for the 2010 Middle School Science, Technology, and Math (STEMS) Fair. She is also a member of St. Timothy School’s Parent Advisory Group and has served as Vice-President for the PTSA at Indian Creek Christian School.

Alicia holds a Bachelor of Science degree in Journalism/Public Relations from Florida A&M University and a Masters of Science in Higher Education Administration from The Florida State University. She is also a 2008 graduate of Emory’s Excellence Through Leadership Program (ETL).

Alicia is married and the mother of two children. 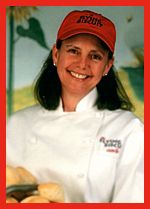 Delia Champion founded The Flying Biscuit Café in 1993. She has been featured on Good Morning America, $40 a Day with Rachel Ray, B. Smith with Style, Turner South’s Blue Ribbon and the O! Network. She has also been in Bon Appétit, Gourmet Magazine, Elle, Southern Living and numerous others.

She is the 2007 Stevie Award winner, as entrepreneur of the year and brings a wealth of experience to organizations like Le Cordon Bleu Culinary School, Les Dames Escoffier International, the Georgia Justice Project on their advisory boards. She is a member of Share our Strength and is a CSA and Slow Foods, USA supporter and author of The Flying Biscuit Café Cookbook. 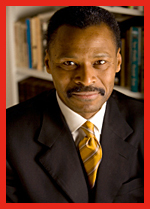 “Dr. Wilson has the vision, experience and passion to ensure that Morehouse continues to advance its aim of producing global leaders who will continue to make a difference in the world. His record of academic excellence and public service is exemplary of the standard we hold for Morehouse Men.  The Board and I are confident that, with his leadership, we will be well-positioned to continue delivering the educational environment that prepares our students for lives of leadership and service,” said Robert C. Davidson Jr., chairman of the Morehouse College Board of Trustees.

Wilson, a 1979 graduate of the College, comes to Morehouse with more than 25 years of leadership in higher education and a strong and successful record in institutional fund raising.  In addition, Wilson has extensive expertise in defining and advancing the interests of black colleges through his research at George Washington University, his service on the Spelman College Board of Trustees and as executive director of the White House Initiative on Historically Black Colleges and Universities.

“John has been a trusted voice, helping my administration follow through on our commitment to strengthen historically black colleges and universities,” said President Barack Obama. “I wish John the best as he takes on this important new role as the president of Morehouse College and as he continues to inspire more of our nation’s youth to pursue higher education.”

As executive director of the White House Initiative, Wilson worked to strengthen the capacity of 105 HBCUs and led his team to work with the White House, 32 federal agencies, and the private corporate and philanthropic sectors in securing capital.

“John has been a leader among leaders, advocating for Historically Black Colleges and Universities and challenging them to be the best they can be,” U.S. Secretary of Education Arne Duncan said. “Morehouse College is fortunate to have John as its next president, and President Obama and I are fortunate to benefit from John’s continuing commitment to reach our national goal of leading the world in college graduates by 2020.”

“Throughout his distinguished career, Dr. Wilson has demonstrated his commitment to supporting the critical role HBCUs serve within our national educational landscape,” said Robert M. Franklin, 10th president of Morehouse.  “Our institution and our students will be very well served by Dr. Wilson’s experience, focus and passion.”

“I am honored to be chosen to lead this hallowed institution and my alma mater,” said Wilson.  “Dr. Franklin’s efforts to raise the international profile of the College and advance our mission through his ‘Morehouse Renaissance’ are just a few among the many significant accomplishments by which he will be remembered. I thank the Board for its confidence in my leadership and look forward to working with faculty, students and staff, and continuing our proud tradition of producing global leaders.”

Before working with the White House Initiative, Wilson was an associate professor of higher education in the Graduate School of Education at George Washington University (GWU). He also served as the executive dean of GWU’s Virginia campus, and he helped to develop a strategic plan for the university. While at GWU, the focus of his research and teaching included advancement and finance in higher education and the role of black colleges and universities.

Wilson spent the first 16 years of his career at the Massachusetts Institute of Technology (MIT), ultimately becoming the director of foundation relations and assistant provost, where he more than doubled the productivity of the office he managed and reached a record annual revenue stream of more than $50 million.

He received his bachelor’s degree from Morehouse and graduate degrees from Harvard University, including his master of theology and both a master’s and a doctoral degree in administration, planning and social policy. While working at MIT, he served as a teaching fellow in Harvard University’s Afro-American Studies Department in its Graduate School of Education.

For 10 years, Wilson served as the president of the Greater Boston Morehouse College Alumni Association. In that role, he led an effort to raise more than half a million dollars toward scholarships and another half million dollars toward community outreach for his alumni chapter. In 1998, Morehouse awarded him the Benjamin Elijah Mays (Bennie) Award in Leadership.

Wilson recently has served as a consultant to the United Negro College Fund Institute for Capacity Building’s HBCU Institutional Advancement Program and on the Kresge Foundation’s Black College Advisory Board. From 1996 through 2000, he served as chairman of the Alumni Council of the Harvard Graduate School of Education. He has served on the boards of both the Samaritans and the Andover Newton Theological School.

He is married to Dr. Carol Espy-Wilson, an engineering professor at the University of Maryland, College Park. They have twin daughters and a son. 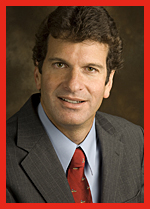 An international business and finance professor, he focuses on global investing and business in the global economy. He also specializes in financial, macroeconomic, and business forecasting.

A frequent keynote speaker on topics related to global economic and financial trends and forecasts, he is selected annually as the global-investing keynoter at the Security Industry Association’s Annual Institute. In 2000, Dr. Rosensweig was elected to the Council on Foreign Relations.

Dr. Rosensweig is often quoted in the national business press, including Forbes, Fortune, and BusinessWeek. He has appeared nationally on ABC World News Tonight and Good Morning America, the NBC Today Show, NBC National Nightly News, Nightline, Bloomberg TV, and he is a frequent economic commentator for CNN. He has published numerous papers in academic and business journals. He has written three books, including the critically-acclaimed Winning the Global Game: A Strategy for Linking People and Profits.

Active in executive education, Dr. Rosensweig was recently selected by the Wall Street Journal as one of the 12 favorite professors in all Executive MBA Programs worldwide. Dr. Rosensweig received his M.A. and B.A. in economics (summa cum laude) from Yale University and a Ph.D. in economics from Massachusetts Institute of Technology (MIT). Further, he received a master’s degree in philosophy, politics, and economics as a result of two years of study at Oxford University as a Marshall Scholar. The British Government has selected him to serve on the Marshall Scholarship Selection Committee for 15 years, and during the past three years has appointed him Chairman for the Southeast.

Before Emory, Dr. Rosensweig served as senior global economist in the Research Department of the Federal Reserve Bank of Atlanta. Other previous experience includes serving as an economic consultant to the Government of Jamaica and teaching international finance at Yale’s School of Management. Elected by the faculty in 1996, Professor Rosensweig served for 12 years as Chairman of Emory University’s Center for Ethics. He has also been the Pack Leader for a multicultural group of over 100 Cub Scouts.

Blanche E. Staton, Senior Associate Dean in the Office of the Dean for Graduate Education at MIT 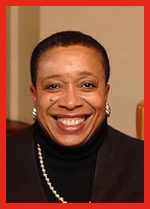 She counsels students on academic and personal matters, manages staff, represents the ODGE on several Institute committees, and creates and sponsors programs and activities to enhance graduate student life and prepare graduate students for leadership.

In recognition of Staton’s leadership, she was selected to participate in MIT’s leadership program in 2005 and received the Martin Luther King, Jr. Leadership Award in 2004. Most recently, she was invited to serve as a coach for MIT’s Leader to Leader program. In 1999-2000, Staton was chosen by the President of MIT to participate as a “Boston Fellow” in a one-year professional and leadership development program for managers. In 1991, she was selected as Black Achiever of the Year by Black Opinion Magazine and previously acclaimed as Big Sister of the Year by Big Sisters of America. Currently, Staton is on the Medical Management Board of the MIT Medical Center and the Board of Directors of a Cambridge, Massachusetts based private nonprofit agency that provides after school enrichment programs for more than 100 youth ages 5-19.

Staton graduated with honors from Beaver College after studying in Valencia, Spain, and Guadalajara, Mexico, while a member of the Lambda Delta Alpha Academic Honor Society. She also has a M.Ed. with specialization in counseling.

Staton is co-author of an article, Making the Case for Graduate Community, in the Journal for Higher Education Strategists (volume2, No.2). She has co-authored other articles on graduate student life and community for MIT’s Faculty Newsletter. 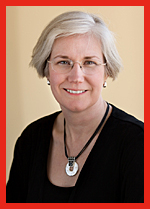 Barefoot has worked in MBA Admissions at Goizueta Business School since 1988, taking on a variety of roles which have included overseeing the student and career service functions for MBAs as well as admissions for the BBA Program.
Barefoot graduated from the University of Alabama in 1980 with honors, majoring in American Studies. In 1983, she earned her MBA from The University of North Carolina at Chapel Hill, concentrating in finance and marketing. Prior to joining Emory, Barefoot worked as a commercial banking officer for Mellon Bank in Pittsburgh and Atlanta, calling on middle-market customers. She is married, has two children and is active in PTA, church and community activities.