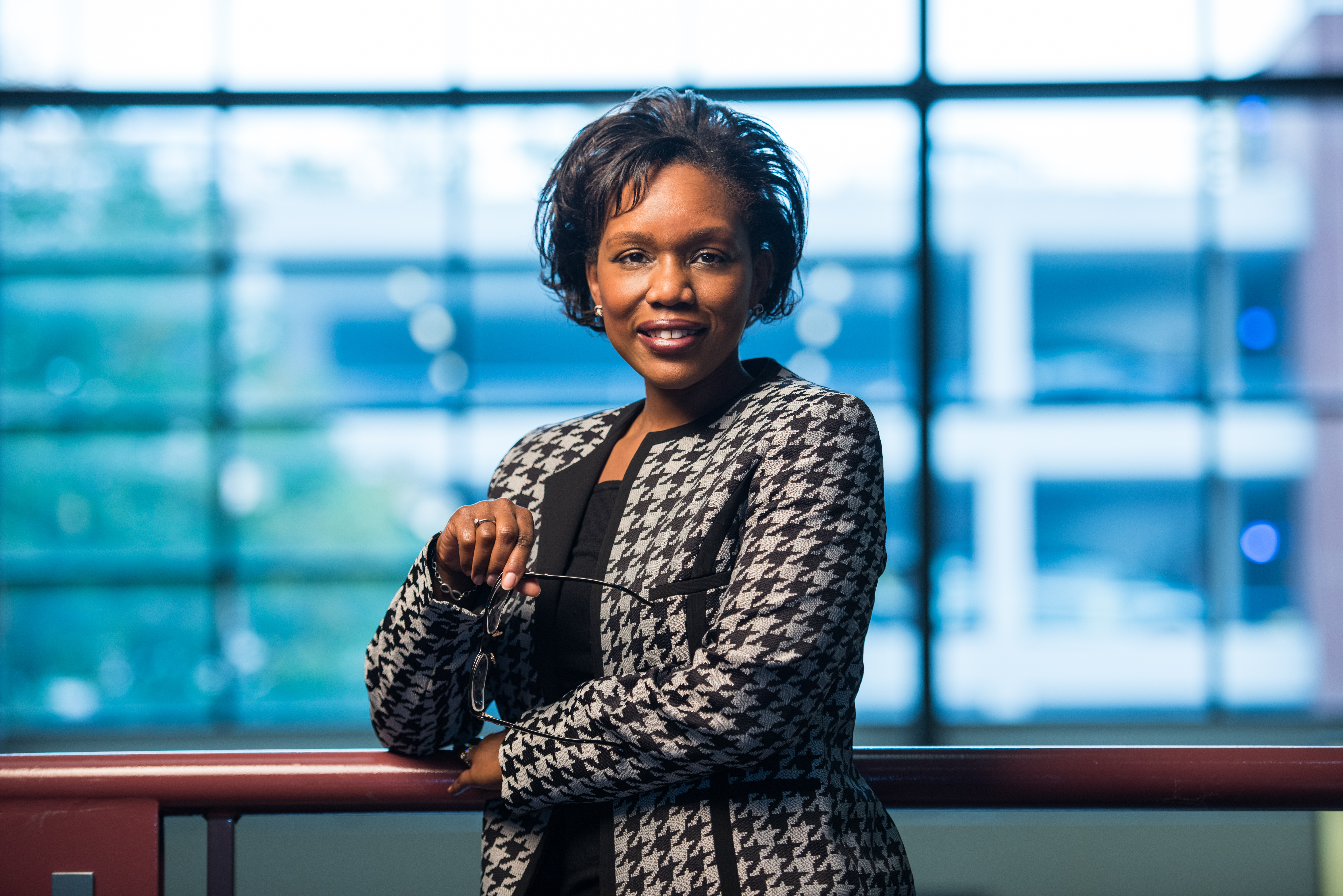 In thinking about careers in Science, Technology, Engineering or Mathematics (STEM), many girls and young women express an interest in STEM. However, the majority of those interested are not choosing STEM as their top career choice. Perhaps the disparity occurs in making a connection between STEM and the many benefits  that a career in STEM offers. In the STEM Gems book, we take a close look at the paths of forty-four women in diverse STEM fields that are making a difference in the world and helping people by solving problems that impact our daily lives. Simultaneously, our STEM Gems offer advice and actionable steps that encourage and inspire girls and young women everywhere to choose STEM.

If you knew a single subject could solve many of the world’s problems, would you pursue a career in that field? That’s what STEM Gem Trachette Jackson did! “Once I found out math had the power and potential to address the world’s most pressing problems, it made me vigorously pursue a career in math.” Born in Monroe, Louisiana, this mathematician and professor of mathematics was always good at math but ironically, never thought of pursuing it as a career. It wasn’t until her early years in college when one of her math professors at Arizona State University pulled her aside and suggested that she major in math. At the time, she had declared engineering as her major but an invitation to this special discipline helped to shift her direction towards math. In 1994, she received her B.S. degree in mathematics from Arizona State University, graduating in the top 20 of her class.

What it Means to be a Mathematical Biologist

What exactly does a mathematician do? Solve for ‘x’ day in and day out? You could look at it that way, where ‘x’ represents the world’s most urgent problems. In the case of Trachette Jackson, cancerous tumors were her ‘x’ and concentrating on mathematical biology would be the path she would take in order to solve for ‘x,’ or aptly put, cure cancer.

A math talk led by mathematical biologist Jim Murray sparked the fire for mathematical biology in Jackson. During the talk, Murray explained exactly how leopards got their spots based on results derived from mathematical models. She walked away from the seminar with a wholehearted belief that mathematics could have an enormous impact on the biological and biomedical sciences. Jackson made a promise that day to do everything in her power to become one of Murray’s students. Under his guidance, she would have the privilege to further explore the possibilities of combining mathematics and biological sciences to make a difference in the way problems are solved.

Jackson earned her M.S. and Ph.D. degrees from the University of Washington in 1996 and 1998, respectively, where she fulfilled her dream of working under the direction of Jim Murray. Her Ph.D. thesis, entitled “Mathematical Models in Two-Step Cancer Chemotherapy,” was based on a two-step approach designed to minimize systemic drug toxicity during chemotherapy while maximizing activity in tumors. This research proved to be helpful because it illustrated how blood vessels in cancerous tumors form and grow and how cancer treatments can attack with fewer side effects.

“My four years of graduate school, where I was able to work closely with experimentalists, taught me the power of collaboration and how to communicate mathematics to biological audiences,” said Jackson. She said it opened her eyes to “the potential for applied mathematics to become an integral part of cancer research.” Today, Jackson is a Professor of Mathematics at the University of Michigan where she is using her background and extensive knowledge in mathematics to make a difference in how we look at cancerous tumors. Known for her work in mathematical oncology, she is co-founder and co-director of University of Michigan’s Mathematics Biology Research Group (MBRG) that organizes lectures, conferences and workshops for graduate students and postdoctoral researchers. The main focus of her research in mathematical oncology is combining mathematical modeling and tumor vascularization to gain fuller understanding of how tumors grow and the vascular structure of molecular, cellular and tissue levels. Jackson makes a huge difference in the lives of patients with cancerous tumors by developing new treatments and methods to shrink tumors and lessen the associated side effects.

STEM careers offer the opportunity to engage in some of the most exciting realms of discovery and technological innovation. To make matters even better, women in STEM careers earn 33 percent more than those in non-STEM occupations and experience a smaller wage gap relative to men. On average, a mathematician earns approximately $78K per year with the higher end of the salary scale tipping at $145K. If you had a slight interest in math before, these salaries should peak your interest for sure!

To learn more about cancer modeling mathematician Trachette Jackson and other STEM careers that are making a difference around the world AND helping people every day, get your copy of STEM Gems: How 44 Women Shine in Science, Technology, Engineering and Mathematics, And How You Can Too! This vibrant, full-color, beautifully designed book exposes girls and young women to the many and varied options within STEM, gives them female STEM role models and helps them create their own unique paths.