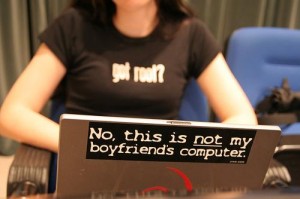 We at MathSP are on a mission to increase the number of Women In STEM (Science, Technology, Engineering, and Math).

We agree with the Huffington Post’s claim that the last 40 days have been tough on Women In Tech. At the end of May, Google released key data on the diversity of its workforce, revealing that women hold only 17% of Tech roles at the most powerful Tech company in the country. To say that the numbers on Google’s gender gaps are a tad disappointing would be an understatement. The disclosure did, however, unleash a groundswell of information sharing in Tech. Within days, LinkedIn and Yahoo shared their workforce data, sounding similar alarms about the gender gap in software development.

Women at Yahoo hold 15% of those roles. 39% of LinkedIn’s employees are women but women comprise only 17% of its Tech teams. All three Tech giants echoed one refrain: “we have some work to do” while at the same time shrugging their shoulders and pointing their fingers at the big elephant in the data room: women earn only 18% of the computer science degrees awarded each year.

On June 3, the organizers of Chicago Techweek sent an offensive and poorly selected promotional email that included photos of scantily clad women posing seductively, leaving no one to guess who exactly Techweek is trying to recruit: heterosexual men. Fortunately, an upwelling of criticism swiftly decried the Techweek marketers for so flagrantly denigrating women at the expense of enticing men to an excessively male-dominated event.

If that weren’t enough discouraging data, YouNoodle recently published an infographic showing that women-founded startups in the Commerce, Services, and Life Science categories were more likely to be successful than women-founded startups in IT and Software. Our innovation society supports women-driven startups unless they are an in Tech, which, if you haven’t gotten the message thus far, remains largely inhospitable for women. 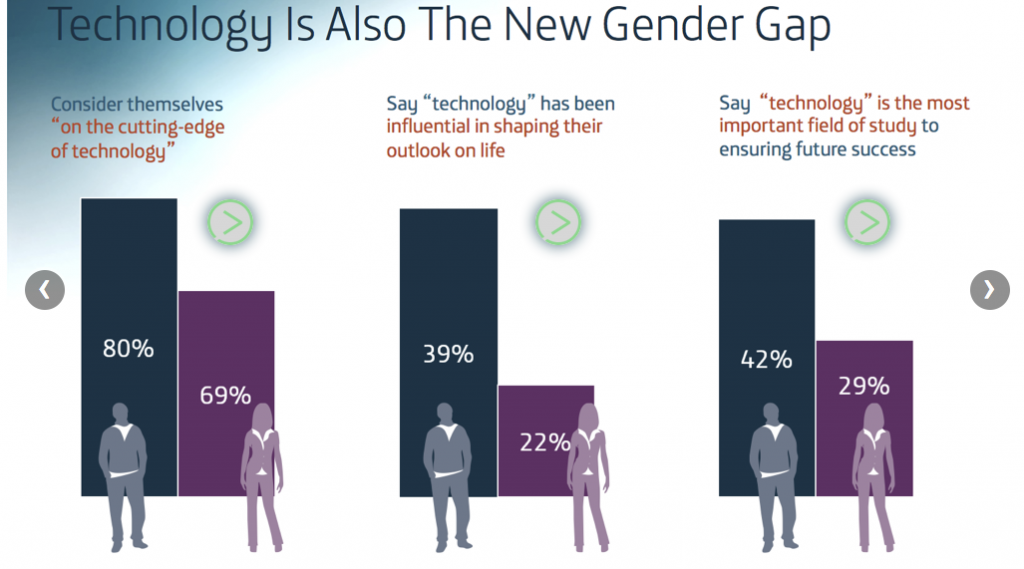 Tech is having an exceptionally hard time embracing women and as a result, women are having a hard time embracing Tech. And yet, there are quite a few women pioneering huge initiatives in Tech: Sheryl Sandberg, Marissa Mayer, Kimber Lockhart, Deborah Estrin, Mary Lou Jepsen, Andrea Luecke, Lorrie Faith Cranor and many many others!
Female engineers drove the development of many key Facebook features, including the news feed and the photo viewer. Sure, only 17% of Google’s workforce is female but instead of huffing about that low percentage, let’s celebrate that 17%. Those women are doing great things and we believe that if we spotlight them, more young women will recognize that they too can grow up to be pioneers in Tech.

The Coding of Representation in Tech

According to Jocelyn Goldfein, the director of engineering at Facebook, the reason there aren’t more women computer scientists is “because there aren’t more women computer scientists.” If girls see that most of their female mentors and older female friends aren’t going into Tech, they will be less likely to pursue majors that lead to careers in this field.

The commonly touted statistic that women comprise only 18% of computer science graduates is only half of the picture: according to the agency at the United Nations responsible for information and communication technologies (the International Telecommunication Union), the percentage of young women earning computer science degrees in the 1980’s was more than twice what it is today.

Here are the real stats: Today, women hold 27% of all computer science jobs, down from 30% a decade ago and in 1986, they comprised 36% of computer science majors. We are doing worse today than we have in the past and that has much to do with The Matilda Effect, a term coined by historian of science Margaret W. Rossiter that names the systematic repression and denial of the contribution of women scientists in research, whose work is often attributed to their male colleagues. Leveraging significant data, Rossiter concluded that American male scientists still receive much more recognition and awards compared with women scientists, despite similar achievements.

The bottom line: The persistence of the gender gap in Tech has much to do with the representation gap in Tech: our cultural failure to spotlight and celebrate the women pioneers in Tech that are innovating today is responsible for the fact that young women do not see themselves or a future in Tech.

So, what is MathSP doing to change this?

To address the STEM representation gap and thereby reduce the STEM gender gap, MathSP is producing a game-changing book that will enhance young women’s exposure to contemporary female pioneers in STEM. This book will present the journeys, contributions and wisdom of 48 Female Leaders in STEM: 12 in each discipline.

Outstanding women that will appear in the book include:

By increasing their exposure to role models, we will empower young women to see themselves as STEM Leaders in the making.

In addition to spotlighting women in Tech and in STEM more broadly, this book will increase their exposure to a wide breadth of STEM career options. We believe that once young women recognize how critical STEM education is to their futures, they’ll quickly embrace it as a key pathway to achieve their dreams, no matter how untraditional or far-flung.

Our female STEM leaders cover the entire range of STEM fields, even those that are least traditional: an archaeologist who works at the Denver Museum of Nature and Science and studies the Moche, an ancient civilization of Peru; a mathematician who founded and directs her own geophysical consulting business in Midland, Texas; a mechanical engineer who studies wild land fires at the Fire Lab in Missoula; a bio-focused mathematician who develops algorithms that model the development of cancer; an actuary who’s working to change the way that insurance companies assess risk; a leader in the field of personal robotics and esteemed professor at MIT. This book will demonstrate the absolute ubiquity of STEM as well as the profound contributions that women have made and continue to make in STEM.

We’re working to close gender gaps (as well as gaps of all kinds) in Tech and in STEM.

Work with us. We’re empowering the next generation of Tech leaders.