Previous Next
The ‘I’m Bad at Math’ Myth 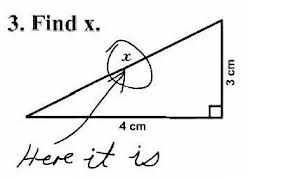 Math smarts has little do with genes and almost everything to do with good old fashioned hard work.

There are two types of people: those that see the beautiful world that math reveals and those that only see a compilation of equations, formulas and variables. Only one factor is responsible for the divide: how much time and effort is invested.

However much you may shrink from math, your brain is truly no different from a world-class mathematician’s, says Dr. Keith Devlin, a mathematician and Co-Founder and Executive Director of Stanford University’s Human-Sciences and Technologies Advanced Research Institute (H-STAR Institute). Devlin argues that, as with most things, the students that exhibit the highest aptitude in math are the ones who work the hardest – not those with so called “natural ability”. Why? Because most aspects of mathematics can only be acquired and deeply understood through diligent and regular and concerted practice.

The Corny But Very Real Truth of Believing In Yourself 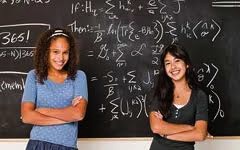 Murayama’s study found that the students who improved in math over the years were disproportionately those who said that they  “agreed” or “strongly agreed” with statements such as, “When doing math, the harder I try, the better I perform,” or “I invest a lot of effort in math, because I am interested in the subject” – even if they had not started out as high-achieving students. In contrast, the students that indicated that they only cared about achieving solid grades saw no improvement over the average, even if they had high initial IQs.

This study critically proves that, in the words of the study, Motivation, Not IQ, Matters Most for Becoming a Math Master.

The Math Gene: Why Everyone Has It, but Most People Don’t Use It

Devlin’s book The Math Gene: Why everyone has it, but most people don’t use it argues that possessing a basic mathematical intuition is no less atypical than possessing the ability for language. Further, that our language abilities and mathematical abilities leverage the same features of our brains.

This means that most people who find math problems difficult simply haven’t mastered the ability to trick their minds into thinking of math as TV – that is, to dupe their minds into regarding abstract objects (like parabolas, graphs, algorithms and derivatives) as real events. In Devlin’s words, mathematicians are people for whom mathematics is a soap opera.

Discovering the Drama of Math 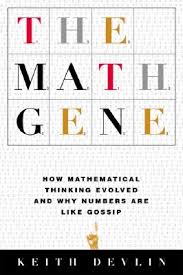 In order to master math, you have to care a great deal about the patterns, events and relationships that constellate the world that math reveals. By definition, the abstract world of math speaks through symbols whose correlations to concrete reality are distant (though certainly real), which is why mastering math requires concerted determination. Without determination, it’s incredibly difficult to pull off the trick of perceiving the absolute REALITY of all that you read in your math textbooks; of recognizing that everything that you’re learning has very real and tangible applications and so all those derivatives and integrals that you have to resolve are JUST AS REAL as your classroom desk. (Think about it: you wouldn’t have a desk without trigonometry.)

The Academic Coaches that comprise the MathSP Team practice math with the very same verve and excitement that many students play video games.  We see just how incredible the world of math is which is why we are committed to opening our students’ eyes to the profound beauty and wonder of math. If you want to become a math master, work with us. Our experts live to transfer their ‘math states of mind’ to others. Individual practice is important but practicing with an expert is just as important if you aspire to master math and become a leader in STEM.