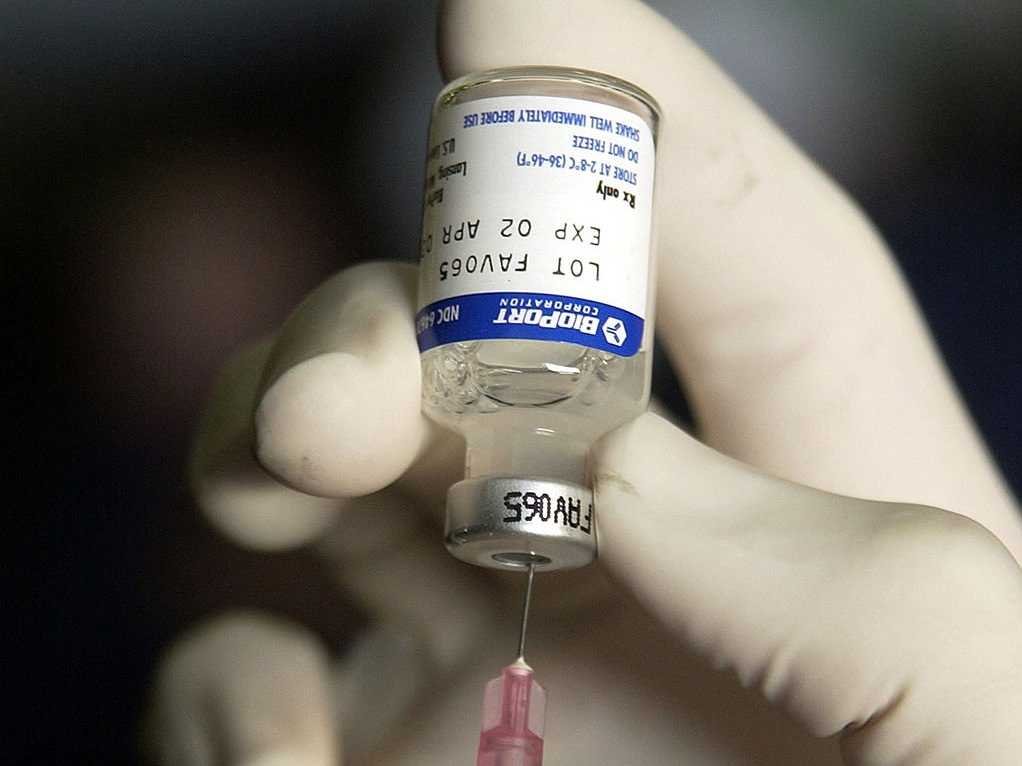 Do you cringe every time you get your blood drawn at your doctor’s office? Sight of needles freak you out or make you shudder? Imagine being able to use a single pinprick of blood to administer up to 70 different tests instead of multiple vials of blood. That fear is what inspired a revolutionary company and is turning the healthcare system on its head.

Mission: To make actionable information accessible to everyone at the time it matters. What It Does: Theranos is a biotech company that has a new approach to blood testing. Its goal is to make clinical testing cheaper, faster and less invasive. The company develops blood tests for health issues, detecting medical conditions like cancer and high cholesterol, through a single finger stick rather than by having to draw vials of blood in a doctor’s office. 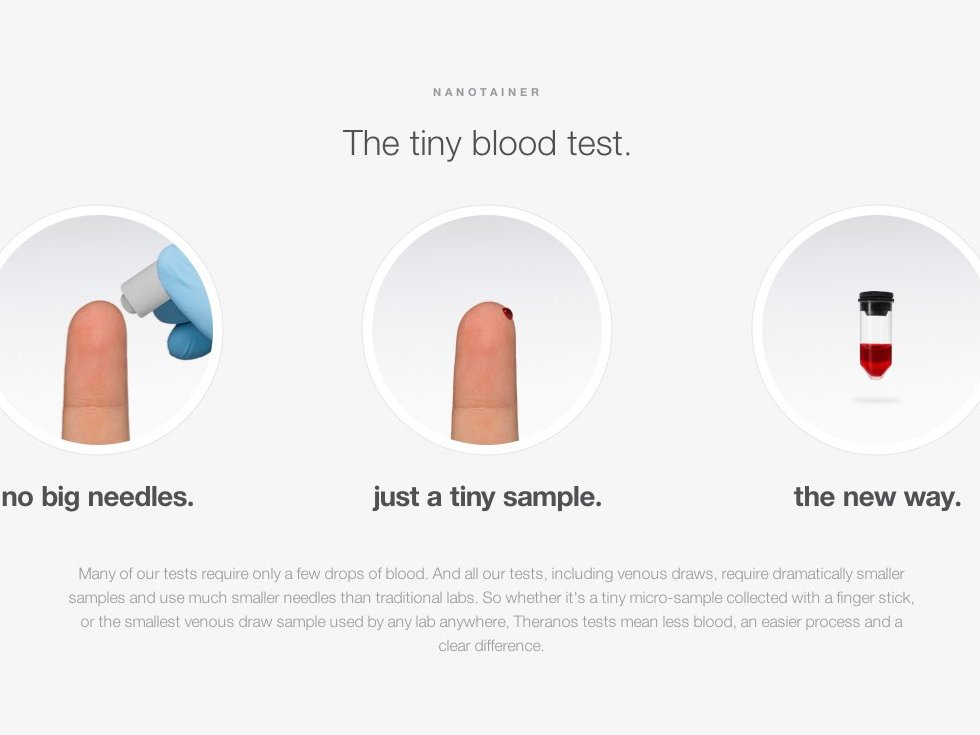 How It Got Started: Elizabeth Holmes was a 19-year old sophomore at Stanford when she had an idea about how to improve the way blood tests were done. In 2003, she used the money she had set aside for her schooling to found the diagnostics company. For 10 years, she used lab-on-a-chip technology to perfect the way of doing hundreds of tests cheaply and quickly on a drop of blood. The word ‘Theranos’ originated from the integration of therapy and diagnosis. The company defines Theranos as detecting the onset of disease in time for therapy to be effective, allowing the company to begin building a world where no one finds out too late that something is wrong.

How It Works: The truth is no one really knows how Theranos tests work. It’s understood that Theranos takes a revolutionary approach to the blood test, where in theory the clinical lab testing is faster, cheaper and, in some ways, better. The company hasn’t published any peer-reviewed studies that compare its tests to traditional ones nor have they allowed any independent experts to publicly assess their labs. The reason? Theranos says it needs to protect its intellectual property and the details of its unique product from its competitors. CEO & Founder Elizabeth Holmes has been quoted saying that Theranos uses “the same fundamental chemical methods” as existing labs do. Basically, she’s alluded to the fact that she’s invented a process that optimizes blood tests using chemistry, automation, software and the latest in biomedical engineering.

The Competition: Quest Diagnostics and Laboratory Corporation of America are the two major lab companies used by doctors. These companies use traditional blood testing techniques where blood is drawn from a vein using needles and are filled into vials that are used to test blood to detect various health issues and medical conditions. With Theranos’s innovative technology towards blood testing, these companies are at risk of being affected being that the Theranos technology is cheaper, faster and less invasive. In some ways, the technology is even better. Other competitors include MTM Laboratories in Westborough, Massachusetts and Hansen Medical in Mountain View, California. MTM Laboratories is an in-vitro diagnostic company that develops, manufactures and markets products for the early detection and diagnosis of cervical and other cancers. Hansen Medical provides accurate and efficient control over catheter movement during interventional procedures using an electromechanical robotic system. The system, controlled by the physician from a workstation, integrates visualization, guidance and patient physiologic data. 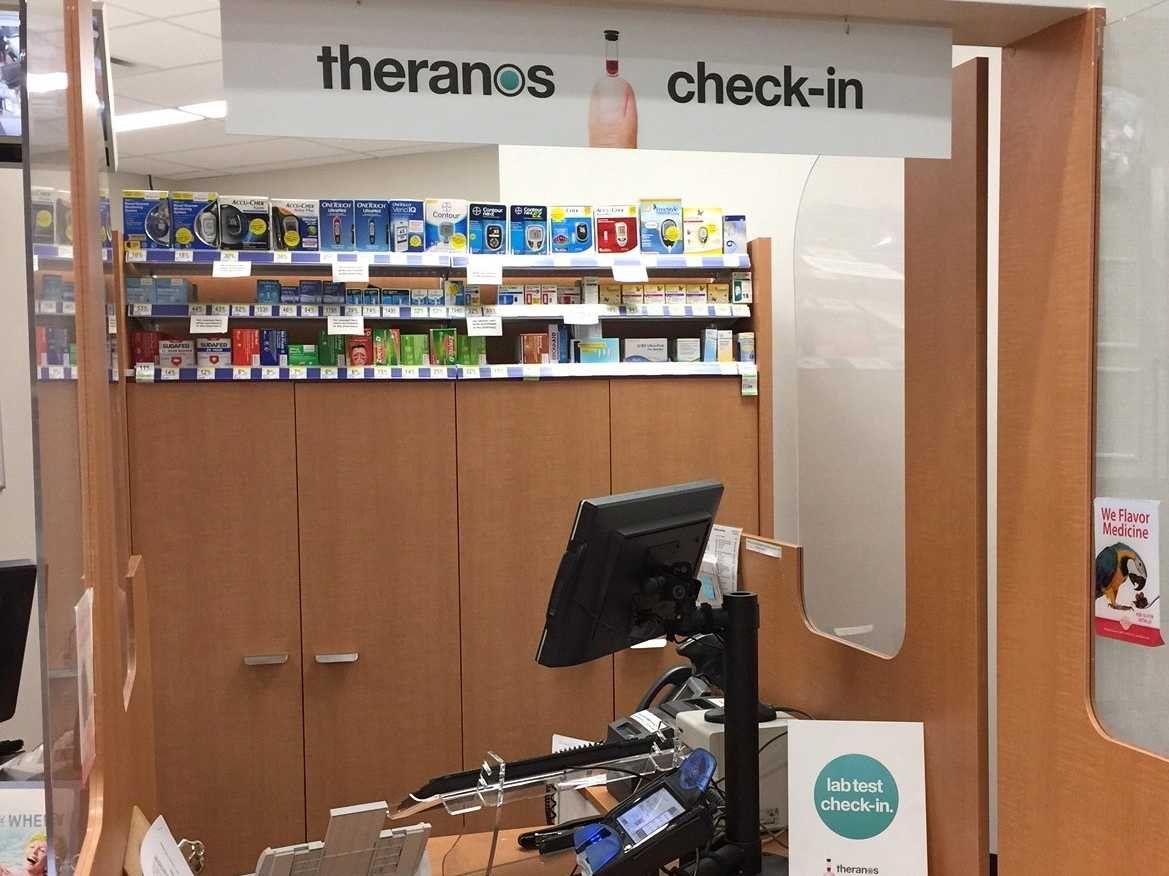 The Future: Theranos recently received approvals from the U.S. Food and Drug Administration (FDA). The company’s test and its test system for the herpes simplex 1 virus IgG (HSV-1) was cleared by the FDA. They also received a Clinical Laboratory Improvement Amendments (CLIA) Waiver from the FDA, permitting its use in locations outside of traditional clinical laboratories. The waiver means that the FDA found Theranos tests and technology to be reliable and accurate and can be used in a broader set of locations outside of a traditional CLIA certified laboratory. The company is currently focusing on expanding their reach to customers by partnering with Walgreens to put Theranos labs inside its pharmacies. They’ve established a partnership with Cleveland Clinic and have been conducting tests for GlaxoSmithKline and Pfizer and several hospital systems. Theranos has the potential to revolutionize the healthcare system and they are well on their way to achieving this goal using an innovative approach towards blood testing. Learn more about Theranos founder Elizabeth Holmes in this month’s Women in STEM profile.