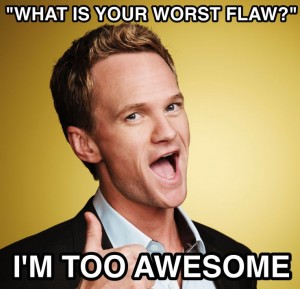 If you’re interested in startup culture (and we can take that for granted since you’re on this page), then you probably wonder how it is that some startups thrive and others don’t. Some of the startups with the best ideas bite the dust and some (*cough cough* Yo! *cough*) that don’t seem to offer anything new, take off in the biggest ways. It’s mind-boggling. One thing is clear, though, when it comes to startup success: talent. The right mix of talented folks is destined to find considerable success in Silicon Valley. That’s why Greenhouse – the hot new startup – is dead set on optimizing the talent pooling process. Read on.

What It Does: Greenhouse is on a mission to make the hiring process swifter, easier, and better for quickly growing startups like Airbnb, Upworthy, and General Assembly. “When we started the company we didn’t know if it would take a decade of evangelizing to convince people hiring is important…we’ve uncovered this movement that recruitment operations is a thing,” says Greenhouse co-founder and CEO Daniel Chait. More than a thing, most startup founders rate hiring as their No. 1 priority and their No. 1 time sink according to TechCrunch. That’s why businesses are betting on Greenhouse’s promise to turn sourcing the best talent into a clear and efficient science that yields optimized results.

How It Got Started: “Every exec and biz leader was talking about recruiting but not everyone was really great,” said Chait to TechCrunch in 2013 after securing $2.7 million in funding. Chait built the custom software startup Lab49 from his kitchen table, so he knows firsthand the particularly nauseating stress of recruiting. After selling the company in 2011, Chait realized recruiting was “a big opportunity,” and started Greenhouse to further explore questions like “what makes a company great at recruiting and how can we automate that?” Chait found out that there’s nothing wrong with the best practices that businesses adopt; rather, it’s the implementation – or lack thereof – of those best practices that thwarts the hiring process. Bent on growing quickly, startups throw themselves headlong into the recruitment process before clearly identifying who and what they’re looking for. They end up asking random questions during the interview, coming up with questions on the fly and failing to clearly communicate job expectations to the interviewee. After hiring day few businesses track hires to see if they meet those unarticulated expectations.

How It Works: “When you talk to companies about how they recruit, so much of it is based on folklore and habits,” says Chait. “They’re in the dark about how many candidates they should have, or when they bring candidates in, how they should evaluate them. All that stuff is made up by every company every time.” Why is Greenhouse blowing up? Because its software eliminates the hiring hocus-pocus. It helps managers define their ideal candidate, identify the needed skills, and communicate what personality and cultural fit would round out the team. It powers A/B testing of job listings and lets the whole company pitch in to find potential hires. The software enables managers to try out different recruitment ads to see what works best. It organizes applications, schedules phone screenings, issues take-home tests, and incentivizes managers to ask the same questions to each candidate and then log that feedback. The program uses all of this data to create scorecards for each candidate, rendering the shortlist-making process a real science: with such standardized data, companies can make apples-to-apples comparisons instead of scratching their heads and picking out of a hat or going with “what feels right” at the moment. In exchange, companies pay an annual fee based on their company size and get discounts for buying two- or three-year contracts.

The Competition: Greenhouse is going to have to do battle with any number of companies to stay alive. There’s Jobvite, Jobscore, Taleo and quite a few others in the job recruitment field. Standing at a solid #3 in the recruitment category in the Datanyze Universe, Jobvite is perhaps Greenhouses’ biggest competitor. Jobvite provides companies with a host of data tracking and searching tools to find and recruit the best applications. Jobvite, like many of Greenhouse’s competitors, is in the business of providing software that better organizes talent data, or, in other words, helping them more efficiently conduct hiring as usual. By far Greenhouse’s biggest edge is that it is the only Software as a Service (SaaS) recruitment biz that provides a comprehensive recruiting performance improvement system i.e. not conducting business as usual. Talent is the one clear factor in astronomical startup success, so if Greenhouse can improve the sourcing and recruitment process, it’ll make a killing.

The Future: Greenhouse currently boasts some pretty impressive clients, including Uber, Pinterest, Snapchat, Buzzfeed, Mixpanel and Medium. In August 2014, Greenhouse completed a $7.5 million round of funding courtesy of major VCs like Resolute Ventures, Felicis Ventures, and Social+Capital Partneship, whose partner Mamoon Hamid is joining Greenhouse’s board. Chait intends to invest most of that money in building a fully optimized platform so that any app that any company uses for a specific part of recruitment – like the video interview tool HireView – can be integrated into Greenhouse, thereby automatically aggregating all hiring data. What’s in it for the apps he’s trying integrate? “They’ll get key data from later in the client’s hiring process that will help them optimize their product.” If Greenhouse can turn its competitors into collaborators, it’s destined for success.